Travel to New Zealand through Books!

Travel to New Zealand through Books! 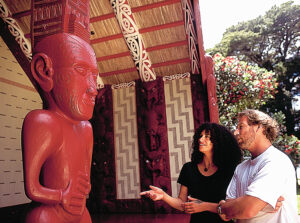 With Waitangi Day coming up, a public holiday in New Zealand marking the signing of the Treaty of Waitangi on 6 February 1840, (also known as the nation’s founding document), we thought we’d put together some novels you can add to your reading list that are set in this breathtaking, ever-scenic country.

Elyria abruptly books herself a one-way flight to New Zealand from Manhattan without telling her family members, including her own husband. While her life was stable, it was unfulfilling for her.  And venturing out into the unknown, her surreal encounters with the people and wildlife of New Zealand – while battling her own emotional demons that followed her – Elyria grapples with her own sense of self while also discovering new passions and interests.

This hilarious but heartwarming memoir is about a frustrated father, Dan, who after juggling a busy career with scheduling his two pre-teen children’s busy schedules including their screentime, decides to bring his family to live abroad over the course of a year in New Zealand, the Netherlands, Costa Rica in search of new ways to connect together.  This story also includes interviews with various neighbors, public officials, and scholars in the destinations he temporarily lives in.

3. Come on Shore and We Will Kill and Eat You All: A New Zealand Story (by: Christina Thompson, 2009)

This memoir tells the story of a romance between a Maori man and an American woman, while also uncovering the collision between Westerners and the Maoris of New Zealand that go back centuries through the history of Europeans in the South Pacific. And despite the couple’s individual differences, they both share a similar sense of adventure and desire to separate from the customs of their families, which builds the solid foundation for a long-lasting love story.

Edward would very much like to distance himself from his serial-killer father, who for over 20 years has been incarcerated in one of New Zealand’s biggest prisons.  Edward should not have to continue to worry about his father since he has it all—a beautiful wife and daughter and a great career in Christchurch, New Zealand.  Yet when violence strikes again in his world, Edward is taken right back to his frightening childhood memories.

When a land developer wants to buy the property belonging to a Maori community of New Zealand to construct a variety of new buildings, the community fights to push back on this development citing their home, work life and generational stories about their ancestry tied to the land.  Told from various points of view, this story provocatively uncovers the cultural differences that exist in New Zealand.

Speak with a destination specialist